Inflation’s History In U.S. Is Not A Very Pretty Sight!

Here are some headlines and key facts from recent articles:

“A key measure of inflation surged to a new 30-year high” by Anneken Tappe, CNN Business. “The price index tracking consumer spending – the PCE price index – was up 4.3% over the 12 months ending in August. That was a faster pace than July’s 4.2%. Inflation continued to run at the fastest pace since January 1991”.

A Historical Lesson if Inflation Continues to Accelerate!

In October, 1973, Arab nations attacked Israel on Yom Kippur, their Holy Day. They formed OPEC (Organization of Arab Petroleum Exporting Countries) and used an oil embargo as an economic weapon for the first time. Within six months, oil had gone up from $3/barrel to $12/barrel and caused inflation for the rest of the 1970s. The 1979 Oil Crisis was the “second oil shock”. Because oil is used heavily to grow, transport, and dry food, the price of food increased substantially. The price of soybeans quadrupled to over $13/bushel.

Federal Reserve Bank Chairman Paul Volcker raised interest rates to the highest level in US history: federal funds rate of 20%; prime borrowing rate of 21.5%; and a 30-year fixed-rate mortgage on a house was 18%. It led to a serious recession with: unemployment over 10%; the entire savings & loan industry going out of business; and hundreds of banks going bankrupt. There were cities in Texas where it took 10 years before housing values recovered to their previous levels.

Why did Paul Volcker do this? The inflation of the 1970s, started by the OPEC oil embargo of 1973, led to seriously high inflation that eroded the value of savings and normal families struggled to buy necessities. Paul Volcker saw this as a cancer on America. In normal cancer, the cure (surgery, chemotherapy, and radiation) can be worse than the disease. The high-interest rates did eventually stop inflation, but at the cost of millions of Americans suffering during a huge recession. Once inflation was wrung out of the economy, it did lead to an economic boom enjoyed by future presidents such as Bill Clinton, and both Bush Presidents (the dad and the son).

If inflation becomes hyperinflation, history has darker lessons. Hyper-inflation destroys the middle-class, which is the glue that keeps all countries stable. The hyperinflation of the 1930s led to the collapse of the German economy (a precursor to World War 2) and the Communist Revolution in China.

A future article will talk about how one protects one’s financial future if inflation lasts for years.

Free Information on Tax Savings, Retirement Planning, and Solar Business Investments can be found at https://drharoldwong.com or https://solarbusinessinvestments.com. To schedule your FREE consultation, please contact Dr. Harold Wong at (480) 706-0177 or .

Dr. Wong earned his Ph.D. in Economics at the University of California/Berkeley and has appeared on over 400 TV/radio programs. 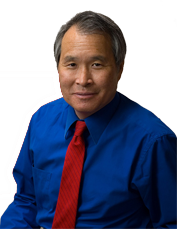